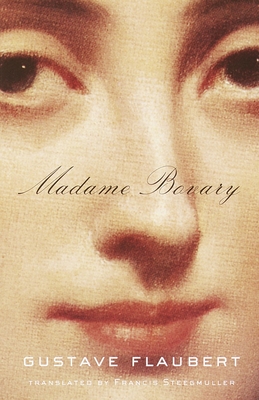 For daring to peer into the heart of an adulteress and enumerate its contents with profound dispassion, the author of Madame Bovary was tried for "offenses against morality and religion." What shocks us today about Flaubert's devastatingly realized tale of a young woman destroyed by the reckless pursuit of her romantic dreams is its pure artistry: the poise of its narrative structure, the opulence of its prose (marvelously captured in the English translation of Francis Steegmuller), and its creation of a world whose minor figures are as vital as its doomed heroine. In reading Madame Bovary, one experiences a work that remains genuinely revolutionary almost a century and a half after its creation.

The Modern Library has played a significant role in American cultural life for the better part of a century. The series was founded in 1917 by the publishers Boni and Liveright and eight years later acquired by Bennett Cerf and Donald Klopfer. It provided the foundation for their next publishing venture, Random House. The Modern Library has been a staple of the American book trade, providing readers with affordable hardbound editions of important works of literature and thought. For the Modern Library's seventy-fifth anniversary, Random House redesigned the series, restoring as its emblem the running torch-bearer created by Lucian Bernhard in 1925 and refurbishing jackets, bindings, and type, as well as inaugurating a new program of selecting titles. The Modern Library continues to provide the world's best books, at the best prices.

"Madame Bovary is like the railroad stations erected in its epoch: graceful, even floral, but cast of iron." -- John Updike