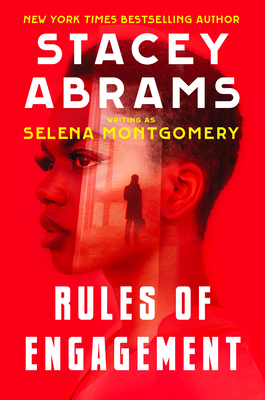 
Usually Ships in 1-5 Days
Love is a game of chance in this romantic suspense novel by New York Times bestselling author and American politician and activist Stacey Abrams, writing under her pen name, Selena Montgomery.

Dr. Raleigh Foster, an operative for a top-secret intelligence organization, knows that her undercover work has its risks. So she doesn't hesitate when asked to infiltrate Scimitar, the terrorist group that has stolen lethal environmental technology. But when she's assigned a partner—brooding, sexy Adam Grayson—to pose as her lover, Raleigh discovers that the most dangerous risk of all...is falling in love.

Adam blames himself for the botched mission that got his best friend killed by Scimitar, and he believes that Raleigh may have contributed to the man's death. But the closer he works with his alluring partner, the more his suspicions turn to trust—and intense desire. Now, as he and Raleigh untangle a twisted web of secrets and lies, the tension mounts between them...until their masquerade as a couple proves too tempting to resist.
Selena Montgomery is the nom de plume of Stacey Abrams—she is the three-time New York Times bestselling author of Our Time Is Now, Lead from the Outside, and While Justice Sleeps; an entrepreneur; and a political leader. As Selena Montgomery, she is an award-winning author of eight romantic suspense novels.
"Abrams masterfully pairs the cracking pace of a thriller with the tenderness of a romance."—Booklist