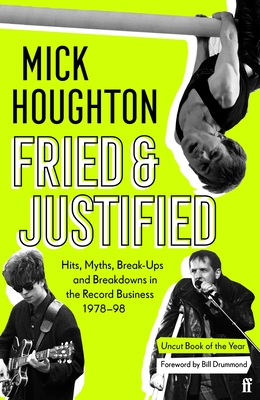 
On Our Shelves Now
A Book of the Year, Uncut
'A wild rock 'n' roll fairground ride of the damned.' Observer
*** A candid frontline account of an illustrious gonzo career as an independent music publicist during the post-punk heyday of the 80s and 90s, featuring an introduction by Bill Drummond and new cover artwork by Jimmy Cauty. We arrived in a fleet of white stretch limos at a clearing in a wood near Woking. Here the K Foundation was exhibiting a million pounds in cash, while Bill Drummond and Jimmy Cauty circled the perimeter in two orange Saracen armoured vehicles, blasting out Abba's 'Money Money Money' . . . Mick Houghton worked with some of the greatest, most influential and downright dysfunctional cult groups of the post-punk era and beyond - Ramones, Talking Heads, The Jesus and Mary Chain, The Undertones, Felt and Sonic Youth among them. But the three acts Mick is most closely identified with are Echo & the Bunnymen, Julian Cope, and the KLF. As confidant and co-conspirator, he navigated the minefield of rivalries and contrasting fortunes which make Fried & Justified such a candid, amusing and insightful picture of an exciting and inspirational period for music.