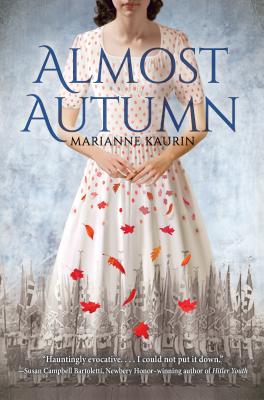 By Marianne Kaurin, Rosie Hedger (Translated by)
Email or call for price
Unavailable

It's October 1942, in Oslo, Norway. Fifteen-year-old Ilse Stern is waiting to meet boy-next-door Hermann Rod for their first date. She was beginning to think he'd never ask her; she's had a crush on him for as long as she can remember.But Hermann won't be able to make it tonight. What Ilse doesn't know is that Hermann is secretly working in the Resistance, helping Norwegian Jews flee the country to escape the Nazis. The work is exhausting and unpredictable, full of late nights and code words and lies to Hermann's parents, to his boss... to Ilse.And as life under German occupation becomes even more difficult, particularly for Jewish families like the Sterns, the choices made become more important by the hour: To speak up or to look away? To stay or to flee? To act now or wait one more day?In this internationally acclaimed debut, Marianne Kaurin recreates the atmosphere of secrecy and uncertainty in World War II Norway in a moving story of sorrow, chance, and first love.

Marianne Kaurin was born in 1974 in Tonsberg, Norway. She studied at the Norwegian Institute of Children's Books, and her debut novel, Almost Autumn, received the Norwegian Ministry of Culture prize, and was named Young People's Book of the Year in a vote by students from all over Norway. Marianne now lives just outside of Oslo in Nesodden with her husband and three children, and is an editor of educational literature for high school students.

Praise for Almost Autumn:
"An intimate, chilling look at an individual family's experience of the Holocaust." -- Publishers Weekly
"This translated import features the cool, distanced narration often attributed to Scandinavian novels, but the accelerating pace that accompanies the changing viewpoints, together with the obviously limited number of possible outcomes, make the experience surprisingly visceral. Thoughtful and satisfying, this is as much about destiny as about the Holocaust -- families lost, lives reformed, futures unknown, love reclaimed, all by the slightest nudge of circumstance. " -- The Bulletin of the Center for Children's Books
* "[An exploration of] the nature of chance and fate. " -- Horn Book, starred review
"Readers will be on the edge of their seats waiting to see what will happen." -- School Library Connection