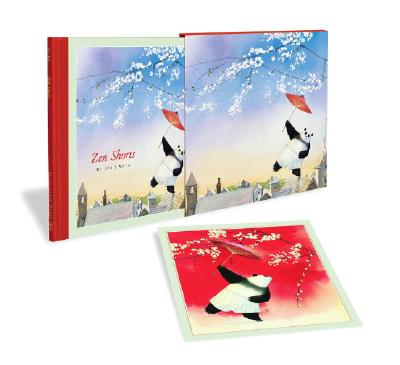 A deluxe collector's edition of the Caldecott Honor-winning classic.

"Michael," said Karl. "There's a really big bear in the backyard." This is how three children meet Stillwater, a giant panda who moves into the neighborhood and tells amazing tales. To Addy he tells a story about the value of material goods. To Michael he pushes the boundaries of good and bad. And to Karl he demonstrates what it means to hold on to frustration. With graceful art and simple stories that are filled with love and enlightenment, Jon Muth -- and Stillwater the bear -- present three ancient Zen tales that are sure to strike a chord in everyone they touch.

Jon J Muth has written and illustrated many enchanting picture books, including his Caldecott Honor Book ZEN SHORTS and its sequel, the NEW YORK TIMES bestselling picture book ZEN TIES. Other beloved titles from Jon include THE THREE QUESTIONS, GERSHON'S MONSTER by Eric Kimmel, and THE CHRISTMAS MAGIC by Lauren Thompson. Muth lives in upstate New York with his wife and five children.