The Story of the Amistad (Dover Children's Evergreen Classics) (Paperback) 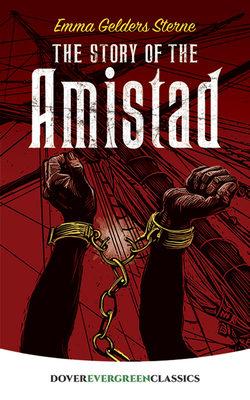 The Story of the Amistad (Dover Children's Evergreen Classics) (Paperback)


Email or call for price.
This gripping, fast-paced book tells the dramatic story of the epic 1839 voyage of the schooner Amistad and her cargo of Africans bound for slavery in the New World. Under the leadership of Cinque, a young African farmer, the Africans revolt and seize the ship. They start for home, but instead of reaching Africa, they wind up in New England. The story of these events and the resulting trial of the captured Africans was front-page news at the time. Were they rebellious slaves and mutineers -- property that must rightfully be returned to its owners -- or honest men and women trying to regain their freedom?
James W. Ivy, editor of the NAACP's official publication, The Crisis, commented at the time of the book's release, Sterne has written a terse tale of great power. She presents her scenes with force and color and scrupulous sense of character. The subject of a critically acclaimed motion picture, Amistad (1997), the story of the Amistad is retold here -- by a well-known author of books and plays for young people -- in an exciting, readable style that will thrill young readers with its you-are-there flavor, authentic recreation of the facts, and accurate, and dignified portrayal of the central characters.