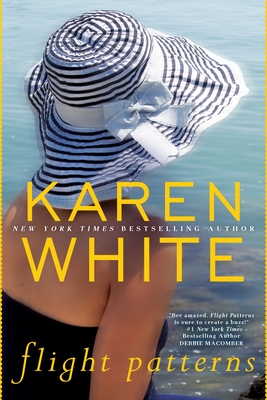 
On Our Shelves Now
The New York Times bestselling author of the Tradd Street novels tells the story of a woman coming home to the family she left behind—and to the woman she always wanted to be....

Georgia Chambers has spent her life sifting through other people’s pasts while trying to forget her own. But then her work as an expert on fine china—especially Limoges—requires her to return to the one place she swore she’d never revisit....

It has been ten years since Georgia left her family home on the coast of Florida, and nothing much has changed except that there are fewer oysters and more tourists. She finds solace in seeing her grandfather still toiling away in the apiary where she spent much of her childhood, but encountering her estranged mother and sister leaves her rattled.

Seeing them after all this time makes Georgia realize that something has been missing—and unless she finds a way to heal these rifts, she will forever be living vicariously through other people’s remnants. To embrace her own life—mistakes and all—she will have to find the courage to confront the ghosts of her past and the secrets she was forced to keep....

READERS GUIDE INCLUDED
Karen White is the New York Times bestselling author of more than twenty novels, including the Tradd Street series, Dreams of Falling, The Night the Lights Went Out, Flight Patterns, The Sound of Glass, A Long Time Gone, and The Time Between. She is the coauthor of The Forgotton Room and The Glass Ocean with New York Times bestselling authors Beatriz Williams and Lauren Willig. She grew up in London but now lives with her husband and two children near Atlanta, Georgia.
Praise for Flight Patterns

“A book that is hard to put down until the last secret is uncovered and the last mystery resolved....The true beauty of White’s writing comes in her creation of characters....[It] is one of the most satisfying stories you will read all summer long. The payoff is that good, and the pleasure of White’s words that intense.”—Huffington Post

“An absorbing story of family relationships and their secrets...captivating.”—Cherokee Tribune (GA)

“White is known for her evocative portrayal of Southern settings, and you won’t have to leave your armchair to feel transported.”—The Augusta Chronicle (GA)

“You’ll come away knowing a little more about a lot of things, as well as being superbly entertained.”—The Florida Times-Union

“Vividly explores the relationship between two sisters within a mystery backdrop...an intense and complex story. Readers will be drawn into the plot from the first page. They will take the journey with the characters, trying to unravel the mystery of the family’s secrets and relationships that have been affected by the past.”—Military Press