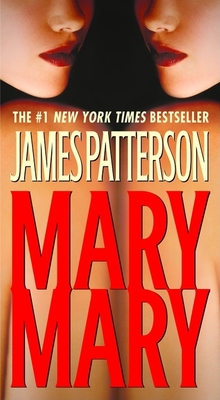 This is book number 11 in the Alex Cross series.

Someone is murdering Hollywood's A-list, and Alex Cross's family vacation is cut short as he navigates a mysterious world of luxury, gossip, and hidden secrets.
FBI Agent Alex Cross is on vacation with his family in Disneyland when he gets a call: a well-known actress was shot outside her home in Beverly Hills. Shortly afterward, an editor for the Los Angeles Times receives an email describing the murder in vivid details. Alex quickly learns that this is not an isolated incident. The killer, known as Mary Smith, has done this before and plans to kill again.
Right from the beginning, this case is like nothing Alex has ever been confronted with before. Is this the plan of an obsessed fan or a spurned actor, or is it part of something much more frightening? Now members of Hollywood's A-list fear they're next on Mary's list, and the case grows by blockbuster proportions as the LAPD and FBI scramble to find a pattern before Mary can send one more chilling update.
James Patterson has had more New York Times bestsellers than any other writer, ever, according to Guinness World Records. Since his first novel won the Edgar Award in 1977 James Patterson's books have sold more than 300 million copies. He is the author of the Alex Cross novels, the most popular detective series of the past twenty-five years, including Kiss the Girls and Along Came a Spider. He writes full-time and lives in Florida with his family.