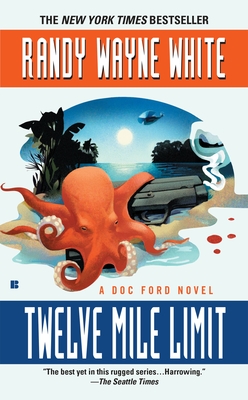 This is book number 9 in the A Doc Ford Novel series.

It starts out as a fun excursion for four divers off the Florida coast. Two days later only one is found alive-naked atop a light tower in the Gulf of Mexico. What happened during those 48 hours? Doc Ford thinks he's prepared for the truth. He isn't.
Randy Wayne White is the author of seventeen previous Doc Ford novels and four collections of nonfiction. He lives in an old house built on an Indian mound in Pineland, Florida.
"The best Yet in this rugged series." -Seattle Times

"A rip-roaring novel...a colossal leap for this series."-Fort Lauderdale Sun-Sentinel