A Parcel of Patterns (Paperback) 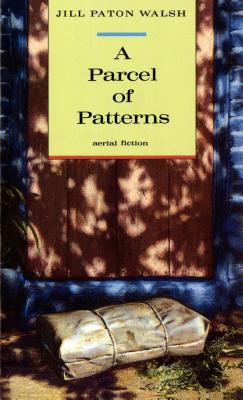 "A parcel of patterns brought the plague to Eyam. A parcel sent up from London to George Vicars, a journeyman tailor, who was lodging with Mrs. Cooper in a cottage by the west end of the churchyard.

So begins Mall Percival's account of how her village of Eyam struggled against the plague. George Vicars dies on September 6, 1665, and by the end of October, twenty-five more townsfolk have been buried. As the deaths continue, the villagers, including Mall, begin to panic--helpless to fight off the disease. Uncertain as to how it is contracted and passed from one person to another, Mall forces herself to make a sacrifice that radically changes her life--she decides to stops seeing Thomas Torre, a man from another village, the man she hopes to marry. In June of 1966, at their minister's urging, the entire village makes a pact to protect those who live in the surrounding countryside by staying within the boundaries of Eyam.

Although Mall longs to see Thomas, she remains steadfast in her resolution, until one day Thomas runs into the center of Eyam, knowing that he will not be allowed to leave, yet fearing that Mall has died. Mall and Thomas marry, but their happiness is short-lived. Finally, in October of 1666, the pestilence subsides. Mall, overwhelmed by grief and sorrow, decides to write a chronicle of all she has witnessed in Eyam, hoping that it will set her free.

Jill Paton Walsh (1937-2020) was an award-winning author of many books for children, young adults, and adults including The Green Book, A Parcel of Patterns, the Booker Prize shortlisted Knowledge of Angels, and the Whitbread Prize winner The Emperor’s Winding Sheet. She completed Dorothy L. Sayers’ unfinished Lord Peter Wimsey and Harriet Vane mystery manuscript, the international bestseller Thrones, Dominations, and continued Sayers’ series with A Presumption of Death, The Attenbury Emeralds, and The Late Scholar. In 1996, Walsh was awarded a CBE (Commander of the Order of the British Empire) for services to literature.

“In 1665, a tailor in the village of Eyam received a parcel of cloth patterns from London, contaminated pieces that infected him with the plague. . .The author builds a novel that draws readers into the account related by Mall Percival, a young woman betrothed to Thomas Torre, who lives outside the village. . .[A] beautifully written, meaningful story.” —Boxed review, Publishers Weekly