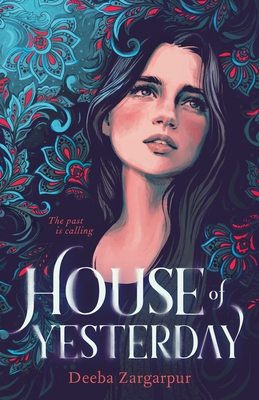 Taking inspiration from the author's own Afghan-Uzbek heritage, this contemporary YA debut is a breathtaking journey into the grief that lingers through generations of immigrant families, and what it means to confront the ghosts of your past.

Struggling to deal with the pain of her parents’ impending divorce, fifteen-year-old Sara is facing a world of unknowns and uncertainties. Unfortunately, the one person she could always lean on when things got hard, her beloved Bibi Jan, has become a mere echo of the grandmother she once was. And so Sara retreats into the family business, hoping a summer working on her mom’s latest home renovation project will provide a distraction from her fracturing world.

But the house holds more than plaster and stone. It holds secrets that have her clinging desperately to the memories of her old life. Secrets that only her Bibi Jan could have untangled. Secrets Sara is powerless to ignore as the dark truths of her family’s history rise in ghostly apparitions -- and with it, the realization that as much as she wants to hold onto her old life, nothing will ever be the same.

Told in lush, sweeping prose, this story of secrets, summer, and family sacrifice will chill you to the bone as the house that wraps Sara in warmth of her past becomes the one thing she cannot escape…

Deeba Zargarpur is an Afghan-Uzbek American. She credits her love of literature across various languages to her immigrant parents, whose eerie tales haunted her well into the night. If given the choice, Deeba would spend her days getting lost in spooky towns with nothing but a notebook and eye for adventure to guide her. House of Yesterday is her debut novel.

"Zargarpur has penned a dazzling debut that combines a complex intergenerational immigrant-family drama, a story of a teen dealing with sweeping life changes, and a genre-bending ghost story." —Booklist, STARRED REVIEW

"[A] dreamlike novel that engagingly examines grief, healing, and preserving the stories of the past." —Publishers Weekly