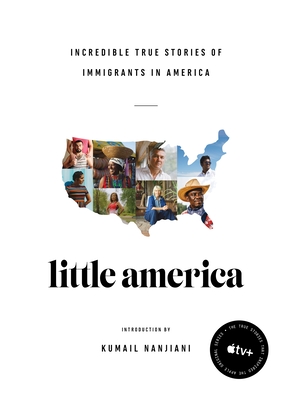 By Epic, Kumail Nanjiani (Introduction by)

From the pages of Epic magazine come the true stories that Inspired the Apple Original Series.

Includes nearly a hundred color photographs and a Foreword by Kumail Nanjiani.

Nearly everyone in America came from somewhere else. This is a fundamental part of the American idea—an identity and place open to everyone. People arrive from all points distant, speaking a thousand languages, carrying every culture, each with their own reason for uprooting themselves to try something new.

Everyone has their own unique story. Little America is a collection of those stories, told by the people who lived them. Together, they form a wholly original, at times unexpected portrait of America’s immigrants—and thereby a portrait of America itself.

Epic crafts extraordinary true stories. Our writers travel the world searching for encounters with the unknown. Wartime romance, unlikely savants, deranged detectives, gentlemen thieves, and love struck killers: stories that tap into the thrill of being alive. Epic publishes extraordinary true stories that get noticed. More than 25 of our articles have been optioned by Hollywood, including Argo, which won the Academy Award for Best Picture. Little America, is a companion book to the Apple TV+ series of the same name.