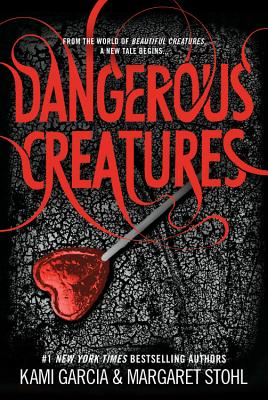 From the world of Beautiful Creatures--the instant New York Times bestselling tale of love and magic.

Ridley Duchannes is nobody's heroine. She's a Dark Caster, a Siren. She can make you do things. Anything. You can't trust her, or yourself when she's around. And she'll be the first to tell you to stay away--especially if you're going to do something as stupid as fall in love with her.

Lucky for Ridley, her wannabe rocker boyfriend, Wesley "Link" Lincoln, never listens to anyone. Link doesn't care if Rid's no good for him, and he takes her along when he leaves small-town Gatlin to follow his rock-star dream. He teams up with a ragtag group of Dark Casters, and when the band scores a gig at a hot Underground club, it looks like all of Link's dreams are about to come true.

But New York City is a dangerous place for both Casters and Mortals, and soon Ridley realizes that Link's bandmates are keeping secrets. With bad-boy club owner Lennox Gates on her heels, Rid is determined to find out the truth. What she discovers is worse than she could have imagined: Link has a price on his head that no Caster or Mortal can ever pay. With their lives on the line, what's a Siren to do?

Kami Garcia and Margaret Stohl, the #1 New York Times bestselling coauthors of the Beautiful Creatures novels, are back to cast another magical spell. Their signature blend of mystery, suspense, and romance, with a healthy dose of wit and danger, will pull fans in and leave them begging for more.

Kami Garcia and Margaret Stohl are longtime friends and coauthors of the #1 New York Times bestselling Beautiful Creatures series. The first book in the series, Beautiful Creatures, is now a major motion picture. In addition to writing together, they have written solo novels: Unbreakable, an instant New York Times bestseller and the first book in Kami's series, The Legion; and Icons, the first book in Margaret's Icons series, which is currently in development as a feature film. Both books are available now. Margaret and Kami are currently at work on the sequel to Dangerous Creatures, available in spring 2015. They invite you to visit them online at kamigarcia.com & margaret-stohl.com.

"In the Gothic tradition of Anne Rice....Give this to fans of Stephenie Meyer's Twilight or HBO's True Blood series."
—School Library Journal