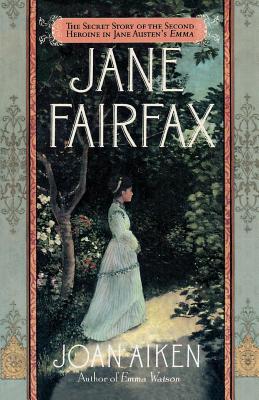 Jane Austen's Emma has been a favorite novel for Austenites since 1816.

But while the story of its heroine Emma Woodhouse is well known, the same can't be said for her childhood friend, Jane Fairfax. The turmoil underlying Jane's obscured background and reduced circumstances have always remained a mystery for readers of Austen's beloved novel.

Austen fans won't want to miss this worthy companion to the original, now available in paperback for the first time.

Joan Aiken (1924-2004) is the renowned author of over ninety books for adults and children, including plays, novels, and collections of poems and short stories. She has received much recognition and numerous awards for her work. The Wolves Chronicles, one of her best-known works, features The Wolves of Willoughby Chase, which has sold nearly 4,000,000 copies worldwide. Aiken lived in Pentworth, England, and America.
“Others may try, but nobody comes close to Aiken in writing sequels to Jane Austen.” —Publishers Weekly