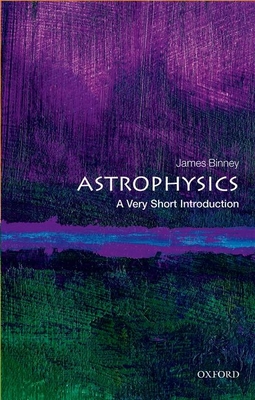 
Usually Ships in 1-5 Days
Astrophysics is the physics of the stars, and more widely the physics of the Universe. It enables us to understand the structure and evolution of planetary systems, stars, galaxies, interstellar gas, and the cosmos as a whole. In this Very Short Introduction, the leading astrophysicist James Binney shows how the field of astrophysics has expanded rapidly in the past century, with vast quantities of data gathered by telescopes exploiting all parts of the electromagnetic spectrum, combined with the rapid advance of computing power, which has allowed increasingly effective mathematical modelling. He illustrates how the application of fundamental principles of physics - the consideration of energy and mass, and momentum - and the two pillars of relativity and quantum mechanics, has provided insights into phenomena ranging from rapidly spinning millisecond pulsars to the collision of giant spiral galaxies. This is a clear, rigorous introduction to astrophysics for those keen to cut their teeth on a conceptual treatment involving some mathematics. ABOUT THE SERIES: The Very Short Introductions series from Oxford University Press contains hundreds of titles in almost every subject area. These pocket-sized books are the perfect way to get ahead in a new subject quickly. Our expert authors combine facts, analysis, perspective, new ideas, and enthusiasm to make interesting and challenging topics highly readable

James Binney is a highly distinguished astrophysicist at Oxford University. He is head of the Rudolf Peierls Centre for Theoretical Physics, and has been awarded the Maxwell Medal and the Dirac Medal of the Institute of Physics. A specialist in galactic dynamics, he is the author of three widely used graduate textbooks, including The Physics of Quantum Mechanics (OUP, 2013), co-authored with David Skinner.