The Road to Oxiana (Paperback) 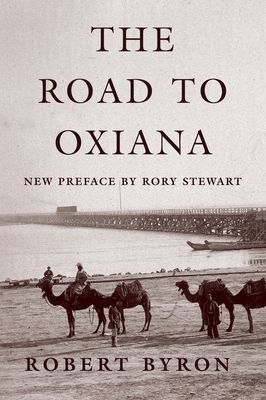 By Robert Byron, Rory Stewart (Foreword by), Paul Fussell (Introduction by)
$15.95
On Our Shelves Now

In 1933, the delightfully eccentric travel writer Robert Byron set out on a journey through the Middle East via Beirut, Jerusalem, Baghdad and Teheran to Oxiana, near the border between Afghanistan and the Soviet Union. Throughout, he kept a thoroughly captivating record of his encounters, discoveries, and frequent misadventures. His story would become a best-selling travel book throughout the English-speaking world, until the acclaim died down and it was gradually forgotten. When Paul Fussell published his own book Abroad, in 1982, he wrote that The Road to Oxiana is to the travel book what "Ulysses is to the novel between the wars, and what The Waste Land is to poetry." His statements revived the public's interest in the book, and for the first time, it was widely available in American bookstores. Now this long-overdue reprint will introduce it to a whole new generation of readers. This edition features a new introduction by Rory Stewart, best known for his book The Places In Between, about his extensive travels in Afghanistan.
Today, in addition to its entertainment value, The Road to Oxiana also serves as a rare account of the architectural treasures of a region now inaccessible to most Western travelers, and a nostalgic look back at a more innocent time.

Robert Byron was born in England in 1905 into a family distantly related to Lord Byron. He attended Eton and Merton College, Oxford, and wrote several travel books before his untimely death in 1941, while serving as a correspondent for a London newspaper during World War II.