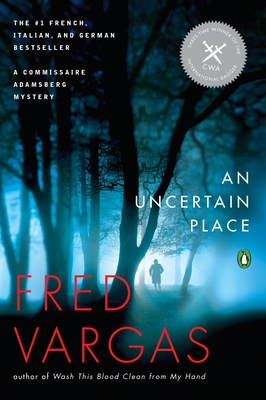 This is book number 4 in the A Commissaire Adamsberg Mystery series.

"Wry humor and offbeat plots blend with a subtly dangerous charm to make Fred Vargas the queen of French crime writers."—Martin Walker, author of the Bruno, Chief of Police Series

From the #1 bestselling French author and four-time winner of the Crime Writers' Association's International Dagger Award.

When Commissaire Jean-Baptiste Adamsberg, the chief of police in Paris's seventh arrondissement, is called to the scene of a ghastly and highly unusual murder, he thinks it can't have anything to do with the nine pairs of shoes and severed feet discovered outside of London's Highgate Cemetery just a few days earlier. With the help of the murdered man's gifted physician, Adamsberg delves into the victim's disturbed psyche and unexpectedly finds himself on a path that takes him deep into the haunted past of Eastern Europe, where a centuries-old horror has come to life and is claiming victims far and wide.

Fred Vargas, historian and archaeologist, is a number-one bestselling author in France, Germany and Italy. She is the author of eight novels featuring Commissaire Jean-Baptiste Adamsberg, and has won the Crime Writers' Association's International Dagger Award three out of the last five years.
“Vargas writes with the startling imagery and absurdist wit of a latter-day Anouilh, about fey characters who live in a wonderful bohemian world that never was but should have been.” —The New York Times Book Review