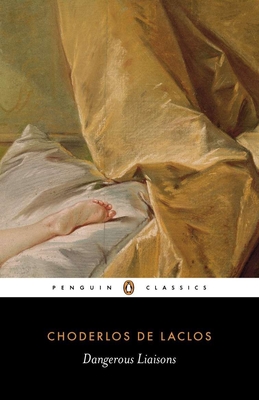 Published just years before the French Revolution, Laclos's great novel of moral and emotional depravity is a disturbing and ultimately damning portrayal of a decadent society. Aristocrats and ex-lovers Marquise de Merteuil and Vicomte de Valmont embark on a sophisticated game of seduction and manipulation to bring amusement to their jaded lives. While Merteuil challenges Valmont to seduce an innocent convent girl, he is also occupied with the conquest of a virtuous married woman. Eventually their human pawns respond, and the consequences prove to be more serious--and deadly--than the players could have ever predicted.

For more than seventy years, Penguin has been the leading publisher of classic literature in the English-speaking world. With more than 1,700 titles, Penguin Classics represents a global bookshelf of the best works throughout history and across genres and disciplines. Readers trust the series to provide authoritative texts enhanced by introductions and notes by distinguished scholars and contemporary authors, as well as up-to-date translations by award-winning translators.
Pierre Choderlos De Laclos (1741-1803) was born in Amiens. His family was respectable but not distinguished, and at eighteen he entered the army and spent the next twenty years in various garrison towns, and reached the rank of capitaine-commandant without ever seeing battle. He cut a dash in provincial society, however, and in his spare time wrote light verse, some of which was published. He wrote the libretto for Ernestine, a comic opera, which was produced in Paris in 1777, but was not received well. In 1779 he was sent to the island of Aix, off La Rochelle, where Les Liaisons Dangereuses was conceived and written. He went to Paris in 1781 to supervise the publishing of his book, overstayed his leave and was promptly ordered back to his regiment. He married Marie-Solange Duperre in 1786 and proved to be an exemplary husband and father. He left the army in 1788, entering politics, and was imprisoned twice during the Reign of Terror, but returned to the army as a general under Napoleon in 1800. He died in Italy in 1803. Laclos also wrote a treatise on the education of women and on Vauban. Towards the end of his life he was considering writing another one to show that true happiness could only be attained in family life.
"If this book burns, it burns as only ice can burn."
-Baudelaire