How to Save the World: A Superheroes Anonymous Novel (Mass Market) 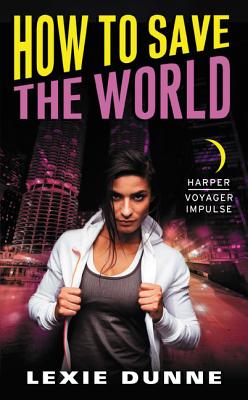 How to Save the World: A Superheroes Anonymous Novel (Mass Market)

This is book number 3 in the Superheroes Anonymous series.

“Packed to the brim with charming characters, zippy action, and a refreshing can-do spirit, the Superheroes Anonymous series never fails to delight.”

Gail Godwin—once so famous for being kidnapped by supervillains, the media still calls her Hostage Girl—is done with superheroes and their shadowy schemes. She’s got a cute boyfriend, a great roommate, and she’s even returned to her old job. For the first time in years, life is exactly what she wants it to be.

But when a figure from her past resurfaces, he brings with him a plague that changes the game for every superhero and villain out there. Now Gail must team up with both friend and foe to help save the world she thought she had left behind.

It won’t be easy, but for Gail Godwin, nothing ever is.