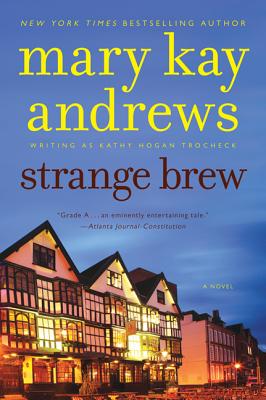 This is book number 6 in the Callahan Garrity series.

The sixth book in the series finds Callahan Garrity facing a brew of community troubles - as her bohemian Atlanta neighborhood morphs into a trendy haven for yuppies - and an old flame.

Sleuth Callahan Garrity has cautiously watched her hometown be transformed - and just as she fears, too much cappuccino and new money can be a bad mix.

When the young owner of a microbrewery looking to score prime real estate turns up dead, neighborhood local Wuvvy – an aging flower child and the brewster’s biggest foe – becomes the prime suspect. Digging for evidence to clear Wuvvy, Callahan isn’t prepared for the succulent secrets she finds, nor the shocking truths that force her to reassess old friendships and an old love.

“A delightful concoction that readers will gulp down with glee.” — Joan Hess

“Breezy...witty...an entertaining tale...Goes beyond the surface to dig into corners and get out the dirt.” — Orlando Sentinel

“The best character to come out of Atlanta since Scarlett O’Hara.” — Clarion-Ledger (Jackson, MS)